Okay people. I’m going to start you off light here, then we’re going to get serious. Comics are a serious thing with this guy. It may be a mere trifle or diversion for some folks, but they are a gigantic part of my very existence, as sad as that may be. Onward! 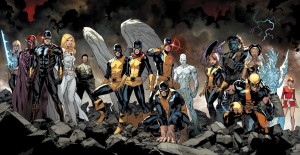 On the lighter side of things, I picked up the first issue of “All New X-men” number one. This is the seventeenth All New X-men issue number one in the past three years. It seems that way anyway. I’m not an avid X-men reader. The series had a good run when Chris Claremont was writing it during it’s golden age. Since then I’ll check in on them now and again, if someone whose work I enjoy takes over the reigns. Joss Whedon and Grant Morrison had great runs on X-men books, but I couldn’t tell you what has been going on lately. The good news about this new number one, written by Brian Michael Bendis and drawn by Stuart Immonen, is that it’s part of the “Marvel Now” sales push. This is designed to draw in new readers. I actually had no trouble keeping up with what was going on and have no knowledge of the what I’m sure was a tremendous event/crossover extravaganza this new book is coming off of.

All New X-men number one actually was rather entertaining. The concept goes like this: Cyclops is on the lam after being possessed by the Phoenix force and killing Professor X. (He’s died four times this year.) He’s teamed up with Magneto and the White Queen and is recruiting people for his sort of terrorist cell X-team. This is pissing off Storm, Beast, Kitty Pryde and Iceman something fierce. Beast has some sort of terminal condition due to his mutation, and he’s getting sort of nostalgic for the old days at Professor X’s School for Gifted Youngsters. Beast asks himself a simple question after seeing Cyclops and his new pals beating the shit out of some innocent law enforcement types “What would the young Cyclops say to this man on TV doing all this crazy stuff?” Or something like that. Then Beast realizes he’s in a got-damn X-men comic book and time travels back to them good old days to bring the original five X-men to the present.

If you’re not familiar with the X-men, time travel is about as easy as taking the metro in that universe. It’s usually worked in the opposite manner in storylines like Days of Future Past, and I thought this was an interesting twist bringing the old team from the past.

The writing is pretty standard stuff from Bendis; it’s paced well and reads well as a single issue, which is something he’s not always that good at. For the longest time you could tell he was writing with just the trade paperback in mind. You’d read a single issue in five minutes. This issue, though breezy to read, was paced well. Immonen’s art is perfect for the X-men. The X-men is ultimately about good looking people in funny suits beating the shit out of each other. Immonen’s style is flashy enough but doesn’t forsake the storytelling. I’m shocked to say I will probably read the next issue. 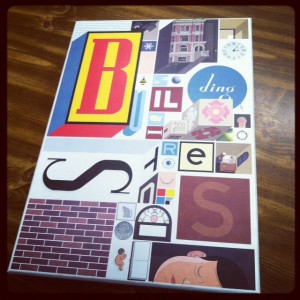 WHOA!! WAIT A MINUTE!!! I may never read comics again! There may be no need to anymore. The medium has been utilized in ways I’ve never seen by Chris Ware and the second book I read this week, ‘Building Stories’.

Nowadays there is definitely a feeling that the days of the paper periodical are numbered. I read a lot of comics on my Ipad, but haven’t completely given up on pulp. So, it’s interesting to see something like Building Stories because it could never be on ANY digital platform. It isn’t a traditional book, you see – it’s a box. A box that contains fourteen comics of varied shape, size and page count. You can read these comics in any order you fancy and, depending on how you read them, moments can feel drastically different each time you experience them. There is a revolving cast of characters the comics follow that include an unnamed amputee woman and her daughter, an old woman who owns the building and a bumblebee. Seriously. There are two books devoted to a bee named Branford. They are the only funny parts in the book; the rest is pretty heavy. The building itself is probably the most important character in the story. The entire project hinges on it, and one of the books is dedicated just to this dwelling place of the characters.

I can honestly say, I have never experienced anything like this book. It’s the most unique comic reading experience I’ve ever had. People still argue to this day over the ‘artistic or literary merits’ of the comic book medium; it’s detractors should be adequately silenced by this. (More pictures available here.)

The best part of this is… that it shouldn’t work. The whole concept is crazy – but he pulls it off. The artwork is meticulous to the point of obsession. Ware’s craft has always been unrivaled and this book is no different. Ware seems to be toying with way people perceive their own personal narrative and their own perception of the world around them. Events overlap, and depending on the viewpoint, vary in their telling. 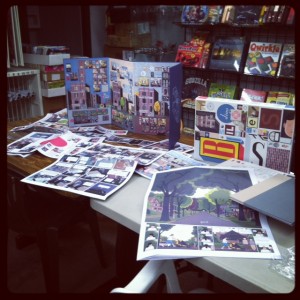 I honestly can’t recommend this book enough. I don’t feel comfortable or qualified to even review it. This is one of those comics that I will read over and over again with the likes of Ghost World, Contract with God, Drifting Life and Notes for a War Story. I know I’ll notice new things each time I read it. Unparalleled achievement.

The only thing it has going against it is it’s accessibility. It takes a lot of effort on the reader’s part to read some of these. Your average comic reader, not to mention someone who has never read a comic before, would have tremendous difficulty experiencing this story. It takes a bit of know-how as far as the ins and outs of the mechanics and formal aspects of comics. So, casual readers stay away. This isn’t a bathroom read (see All New X-men, above). This takes effort to read. If you aren’t a lazy bastard then get to it. It’s also definitely not a very ‘feel good’ tale. It’s a bittersweet affair, sort of like real life… You know, like The Dude says, “strikes and gutters.”

Anyway, I guess despite having read one of the greatest comics ever made I’ll still get out next Wednesday and let you folks know if something sucks. Building Stories is gonna be a tough one to top….Now leave me alone so I can get some shit done.

Jeremy Massie is the author and illustrator of The Deadbeat, available from Amazon. You can find his current work, ‘All My Ghosts…’ here.

I belong to an overlooked minority: I'm a person who thinks Chris Elliott is funny. - Jake Phillips